A total hip replacement, also known as total hip arthroplasty, is a surgical procedure that replaces both surfaces of the patient’s damaged hip joint with artificial components to restore mobility and relieve pain. The hip joint is a ball and socket joint where the femoral head (the ball) moves within the acetabulum (the socket). The surfaces of the joint can become damaged due to arthritis, fractures, or other conditions, resulting in pain and limited mobility. Hip replacement surgery involves removing the damaged sections of bone and replacing them with implants that can restore both the structure and function of the hip.

In recent years, hip replacement surgery has become one of the most reliable orthopedic procedures for patients with severe arthritis in their hips. This is partially due to modern techniques that have evolved to minimize pain, blood loss, and the amount of time spent in a hospital. 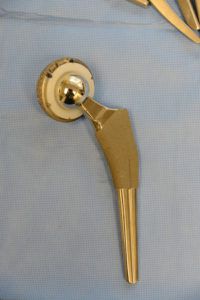 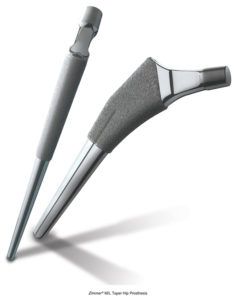 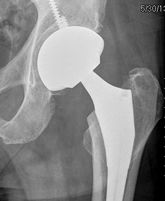 Am I a candidate for a total hip replacement?

Total hip replacements are an appropriate treatment for people who have significant arthritis or pain in the hip and who are no longer experiencing adequate relief from non-surgical treatment options. Total hip replacements can be used to provide relief from primary osteoarthritis, secondary osteoarthritis, rheumatoid arthritis, ankylosing spondylitis, traumatic arthritis, avascular necrosis, failed prior hip surgery, arthritis secondary to congenital hip dysplasia, gout, pseudogout, certain tumors of the hip and, in certain instances, infection.

To determine if you are an ideal candidate for a total hip replacement, schedule a consultation with Dearborn & Associates — the Bay Area leaders in hip and knee replacement. 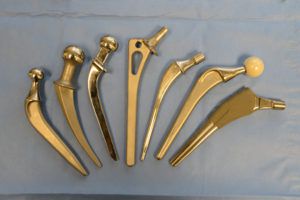 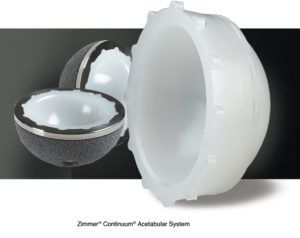 What happens during a total hip replacement surgery?

The first step of a traditional hip replacement (not used by Dr. Dearborn) is to make a 6-10 inch curved surgical incision on the side of the hip. In some cases, a surgeon may enter the hip joint from behind. Approaching the joint from the back decreases postoperative limping, but has a higher risk of dislocation. Approaching from the front has a lower risk of dislocation, but is associated with more post-operative limping.

After making the incision, the surgeon will then cut through or detach muscles and tendons to reach the hip joint. The femur head will be removed. The inside of the hip socket will be prepared for a titanium shell that goes inside. A channel is created inside the femur for an implant to which a new femoral ball will be attached. After the new ball and shell are installed, the detached tendons will be repaired and the superficial portion of the wound will be closed with dissolvable stitches.

The traditional approach was used from the 1970s through 2000, when the greater emphasis was on designing better implants and implanting them in reliable alignment. Less invasive methods have become the new focus, with Dr. Dearborn serving as a major contributor and international thought-leader since 2001. These techniques generally have smaller incisions, reduced soft-tissue trauma, and faster recovery times compared to the traditional approach. At Dearborn & Associates, we specialize in providing these minimally-invasive hip replacement methods. The primary less-invasive methods available include the following:

A 3-inch incision is made in the side of the hip and the muscles are moved aside to reach the joint and allow the implants to be easily placed. The mini-posterior method works by dislocating the hip towards the back of the body. This method, combined with the use of special surgical instruments, significantly decreases the risk of postoperative limping, nerve damage, and other complications.

An incision is made on the front side of the hip, between natural muscle intervals. The muscles are then moved aside to reach the joint and allow the prosthetic components to be placed. This method results in a faster recovery compared with the traditional method and a similar recovery as the Mini-Posterior Method. Several published studies have shown higher complication rates compared to the mini-posterior method, including more blood loss, nerve injuries, and unrecognized intraoperative femur fractures that can hinder recovery (see links below).

No advantage of direct anterior over posterior approach at 5 years:
https://pubmed.ncbi.nlm.nih.gov/34237041/

What can I expect during recovery?

After your operation, you can expect to spend about an hour in the recovery room, until the spinal anesthetic wears off. Within a few hours, we will have you up and moving. You will be ready to go home within 4-5 hours after surgery.

During your recovery process, medical assistive equipment such as a walker and cane will be needed. You can expect to have a physical therapist come to your house to assist you with an exercise program to promote proper healing. Follow up visits are also usually scheduled at the 2-week, 6-week, and 3-month marks.

In most cases, you should be able to walk independently by 2-3 weeks after surgery. At the 6-week mark, you will be able to resume most of your regular activities.

Schedule a consultation with Dearborn & Associates in Menlo Park today to see if a total hip replacement is the right treatment for you!

This helpful pamphlet describes hip replacement surgery in easy-to-understand terms, including the potential complications. It is required reading for our hip patients prior to surgery and has a section on minimally invasive hip surgery techniques.
Download PDF

Read here about the pros and cons of the various materials used in hip replacement surgery today, including ceramics and metal-on-metal bearings.
Download (24kb) PDF

Surgical Approaches to the Hip

This document reviews the pros and cons of anterior and posterior approaches to the hip joint during hip replacement surgery and answers questions raised by patients about the anterior approach, as well as the two-incision technique.
Download (28kb) PDF