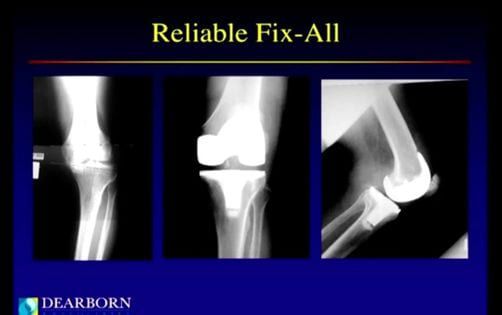 In case you missed it, our Washington Hospital Video Center on Facebook offers a complete, uninterrupted version of last week’s “Advanced Treatment for Knee Pain.” This very informative seminar was led by John Dearborn, MD, Orthopaedic Surgeon at Dearborn & Associates and Co-Medical Director of our Institute for Joint Restoration and Research. Click on our videos tab on Facebook or discover the Washington Hospital InHealth channel on YouTube at youtube.com/whhsInHealth. And, in our first comment below, Dr. Dearborn answers the viewer questions we were not able to address during the broadcast.

The hottest topic in hip replacement today is tribocorrosion, which is a combination of both mechanical damage and chemical corrosion occurring at the junction between the ball and the neck of the femoral component in a hip prosthesis. This phenomena has been reported with increasing frequency and can occur with prothesis made by any manufacturer. The result is the release of cobalt ions into the hip joint, which activate the immune system and can result in damage to tissue and bone inside the hip.

The initial symptom is typically pain and/or stiffness in a replaced hip that was not there after the initial recovery period from surgery. The diagnosis is made with a blood test measuring the concentration of cobalt in the serum. If the level is above normal, a special MRI with technology to suppress the distortion produced by the metallic implant is usual obtained. MRI findings consistent with an immune system reaction to cobalt, termed “adverse local tissue reaction” include thickening of the hip capsule, fluid in or around the hip joint and actual tissue damage in chronic cases.

The treatment starts with making the diagnosis. In the vast majority of cases, the cobalt-chrome femoral head is the source of the cobalt. The head can be exchanged for a ceramic variety and the immune system response addressed surgically. Dr. Dearborn has extensive experience with this problem and has presented his treatment results at educational meetings around the United States.

The common buzz-word used in joint replacement today is “Minimally Invasive Surgery,” often abbreviated “MIS.” Although we practice the so-called MIS techniques and firmly believe that these less traumatic methods have significantly improved patient care and sped the rehabilitation process after joint replacement, we believe that “Minimally Invasive” is a bad term and should be abandoned. Because the term cannot be clearly defined, it has lost its usefulness. Despite the vagueness of the term, surgeons and institutions are using the term “minimally invasive” to attract patients.

Unfortunately, it appears that the term is here to stay. When asked for a better, more accurate term, we use the phrase “less invasive.” The length of the skin incision is largely irrelevant, but appears to have real psychological benefit. The deeper dissection is highly important to the speed of regaining function. You can read more about that in the hip and knee brochures found in the Services section of this website.

Patients need to be wary of media hype and marketing. The most reliable way to choose your doctor is by talking to other patients who can speak from their experience. Your primary care physician may also be of some help in this process. 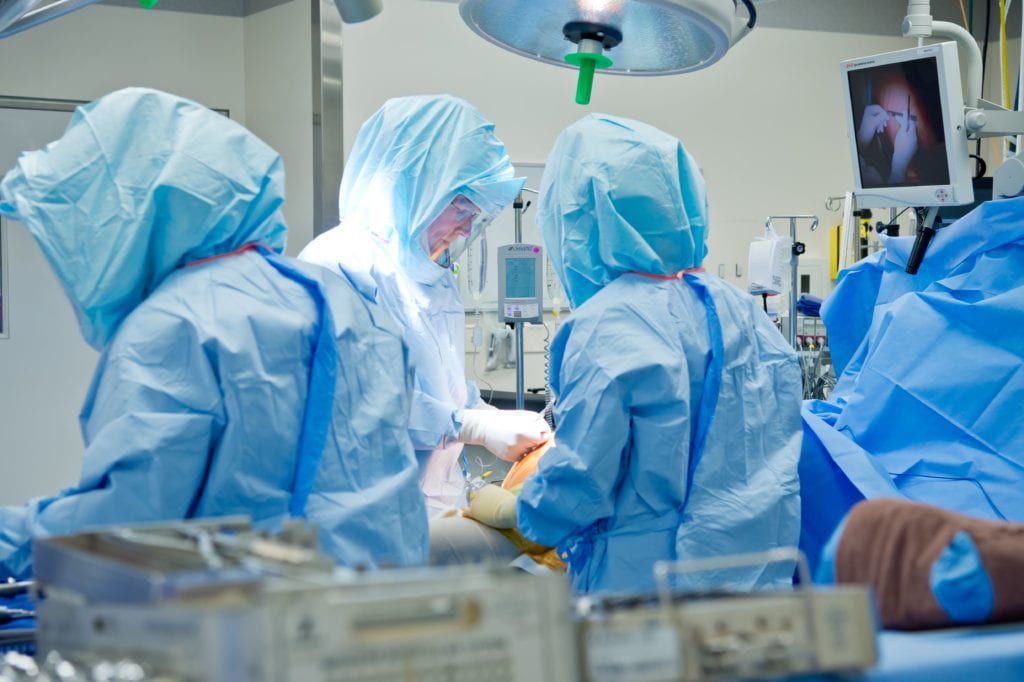 The term “metal-on-metal” used to describe certain hip replacement implants refers specifically to the bearing surface that sees the load in the hip joint. An artificial hip joint has two main parts: the socket, or acetabular component, and the stem, also called the femoral component. The socket lines the inside of the arthritic hip joint after the bone is prepared. Typically, that implant is made out of metal, usually titanium. Inside the metal socket is the bearing surface, which can be made of a special plastic, a polished ceramic material, or metal, specifically a cobalt-chrome alloy. The femoral component is placed inside of the femur, or thigh bone, and a ball is attached to the upper end which then moves against the bearing surface of the socket. The new ball is typically made of the same cobalt-chrome alloy mentioned above. In some cases a ceramic ball may be substituted.

When a metal bearing surface is used inside of the socket and it is paired with a metal ball, a metal-on-metal bearing (MoM) is produced. This combination has been used for over four decades in Europe, in the form of the Mckee-Farrar prosthesis. The published reports regarding long-term success of MoM have been sparse in comparison with information regarding metal against plastic. The FDA approved MoM bearings for use in the U.S. in 1999, beginning with the Sulzer Metasul device for total hip replacement. The FDA later approved MoM bearings for hip resurfacing, beginning in 2006.

Because of the excellent results that we have seen with cross-linked plastic bearings since their FDA approval in 1999, combined with early concerns we had with metal ion release from MoM bearings, we have never employed MoM bearings in our practice. It appears that we made the right decision, given the world-wide reports emerging since 2010 regarding the poor results with several MoM implant designs, including the DePuy/Johnson & Johnson ASR implant and Wright Medical’s Conserve system. The FDA has placed specific warnings regarding the use of MoM bearings on their website. and lately the media has begun reporting on the problems as well. Read about it here and here.

Until the safety and efficacy of MoM bearings can be firmly established, we cannot recommend their use.